I lived at 390 Finchampstead Road Wokingham from 3rd December 1972 until I went to Portsmouth Poly in September 1981.

Today I met with Alan who is the current owner and had a look around the old place.

The pond is gone, my room was tiny and there had been a lot of reworking of the bungalows rooms. The big conifer in the garden was bigger still but the tree goalposts had gone.

It was a strange feeling being there - familiar but a lot smaller than I remembered! 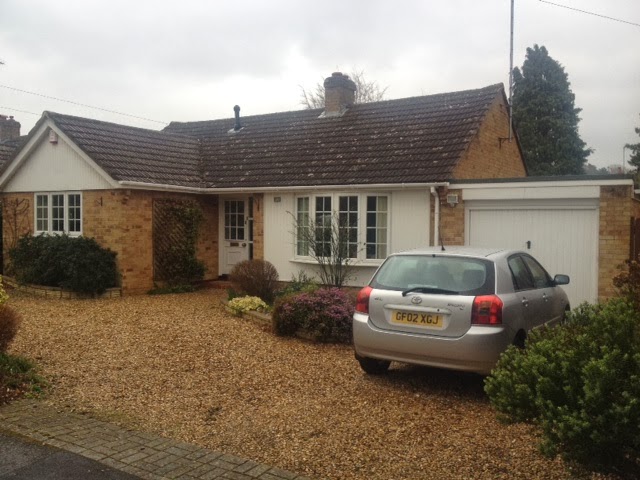 Above is the house as it looks today. 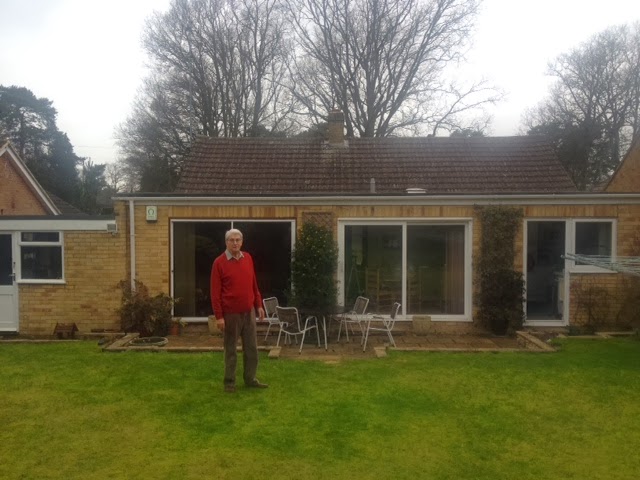 Alan in front of the back of the house - much changed. 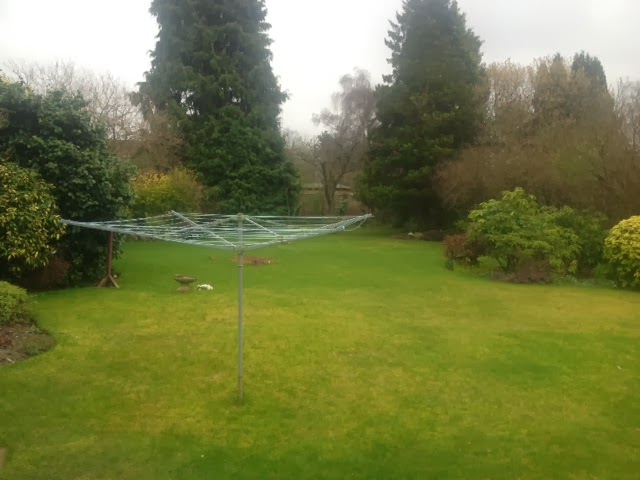 The garden - washing line in the same place!! 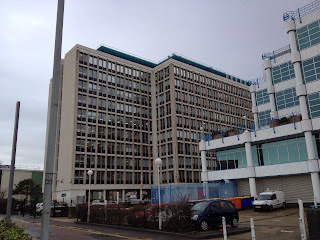 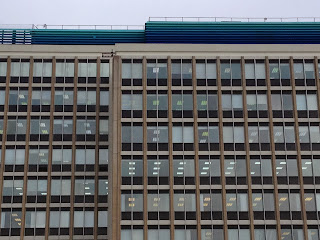 The building had 8 floors. These were fun times, mostly. (42)

From here I moved on to Flat 8, Acton Burnell, Merlewood Close in Bournemouth where I lived from 1999 (Spring) until I was moved up to London in November 1999.. (43) 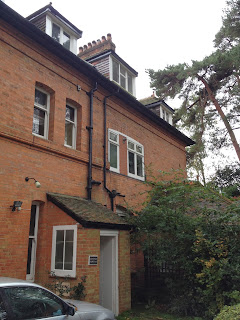 Not the best picture of a lovely flat in the roof of an old house - but it was a lovely setting - I had first Gay Rick as my lodger and then friend Tim West who looked after it until it was sold in October 2000.

The flat was very close to Meyrick Park (sp?). 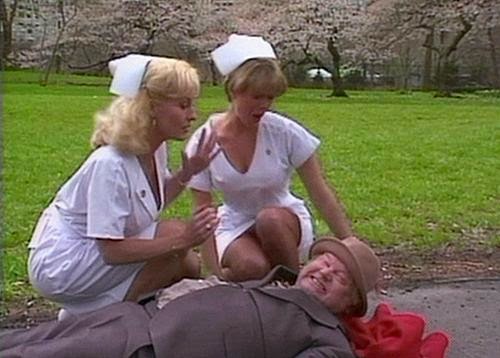 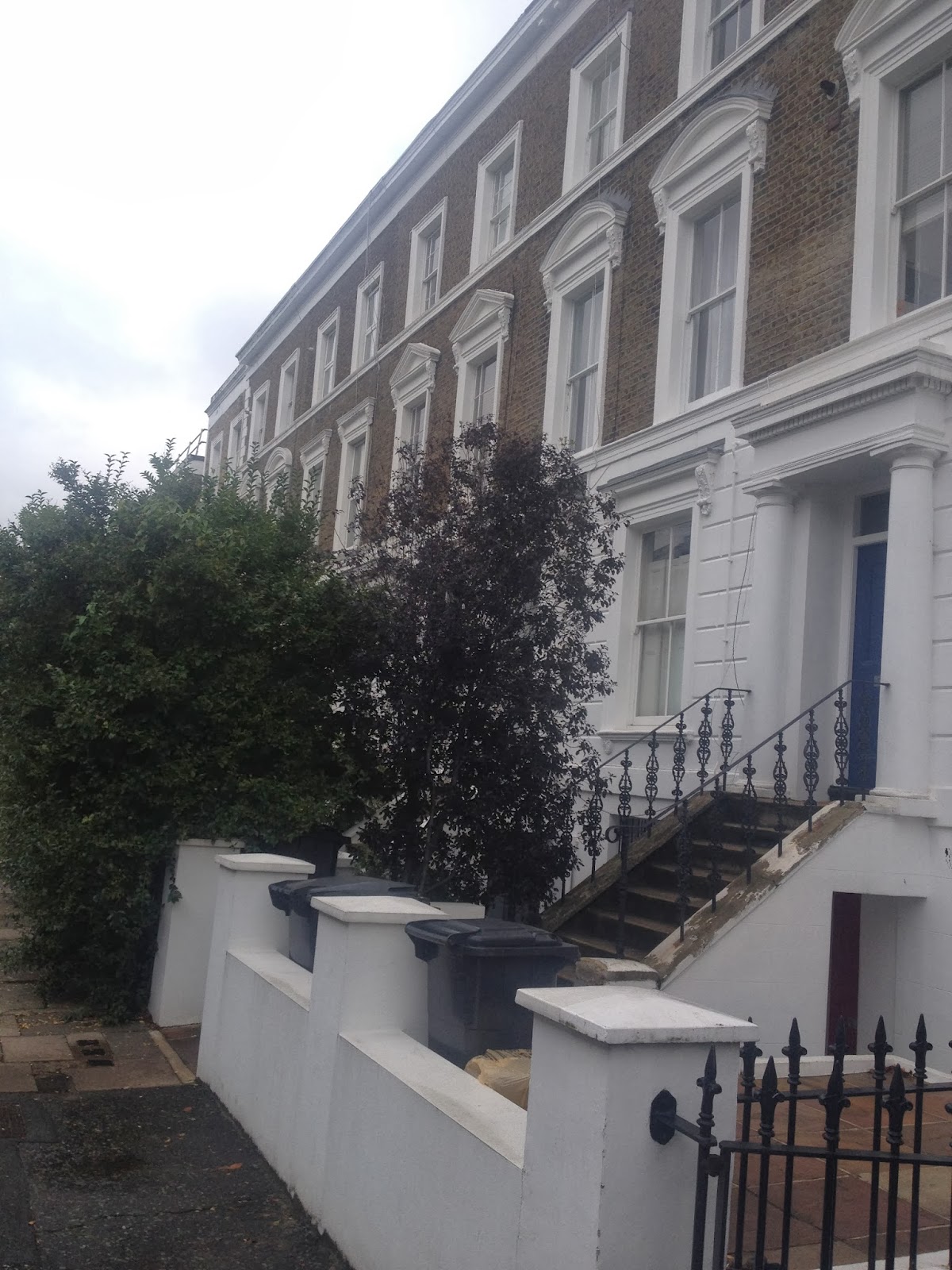 After my Mum and Dad divorced in 1983 my Dad moved here with choice elements of home furniture - mostly stuff Mum wanted. He had the basement flat. Brother Giles moved in too.

I stayed from time to time when not at University. Then in 1984 I moved in and started work at Stuart Edwards & Partners in Croydon - August 1984 to June 1985, before moving to the London Borough of Redbridge Estates Department (June 1985 to June 1986). In the Summer of 1984 I delivered leaflets with Nicola (my wife to be) around the West End. We used a transit van.

The flat was a hovel. Dad drank at the Fentiman Arms in Fentiman Road - and I mean drank a lot. He worked at Palfrey Place with his printer mates. He wasn't happy. I moved to Gants Hill in late 1985 and was pleased to see the back of this place.

I remember the Otis Lift building on the main road (no longer Otis but still there).

The flat is gone - it is now one house. The area is still rough. Monty the Black Rat (who lived with us - my pet) wouldn't like it even now. 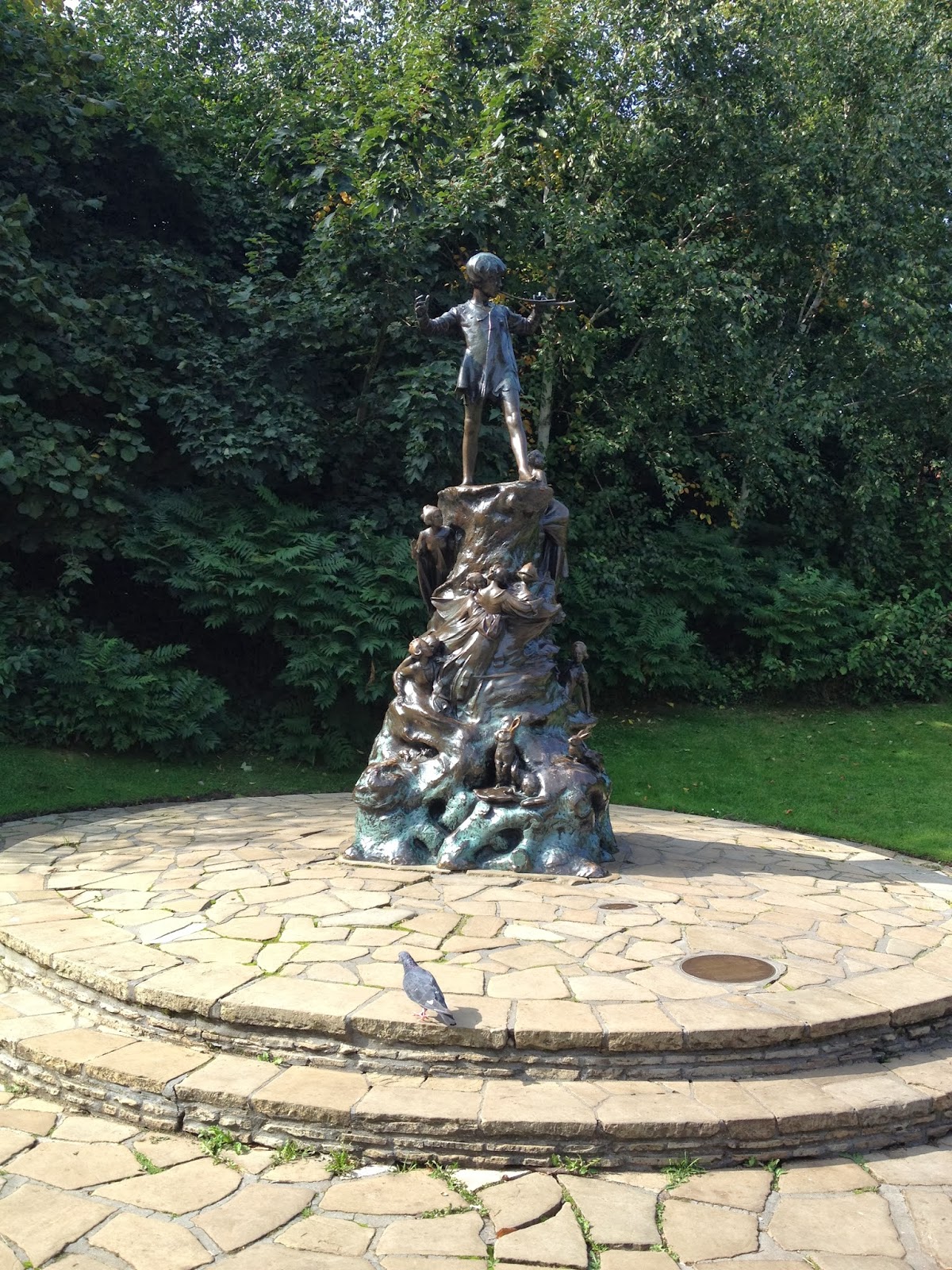 This is the statue of Peter Pan (40) in Hyde Park, London, next to the Serpentine.

Important because way back when (early 1930's - a guess) this is where my Mother's parents met. Gran was working in service at a house fronting Hyde Park. Grandpa was down for the day in London. He got shut in the park after dusk and met Grandma by the statue whilst looking for a way out. She knew one - they dated and many years later here I am.

Grandma was known as Funny Gran - a strong lady who passed away a few years ago. Grandpa was a lovely quiet chap who I remember from the 1970s - he worked at the De Havilland place in Collingdale as an engineer. They lived in Willesden when my Mum was younger.
Posted by Unknown at 05:29 No comments:

At long last I managed to get to the Pepys Library at Magdelene College in Cambridge to view the Samuel Pepys Diary (39).

This I last attempted in March but the car broke down. 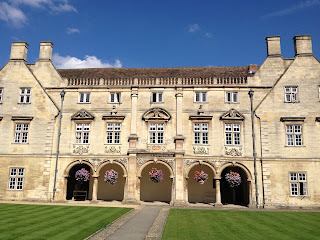 No photography was allowed in the room.

One diary volume was open documented Sam's visit to the Royal Society.

The other 5 volumes are hidden amongst books in original bookcases made in a Navy workshop for Mr Pepys. The curator siad he was not allowed to say where they are for insurance reasons - but if you look you will have seen them as they are unlabelled.

The library was amazing  - books going back to the Middle Ages - all beautifully bound in leather.
Posted by Unknown at 02:06 No comments: 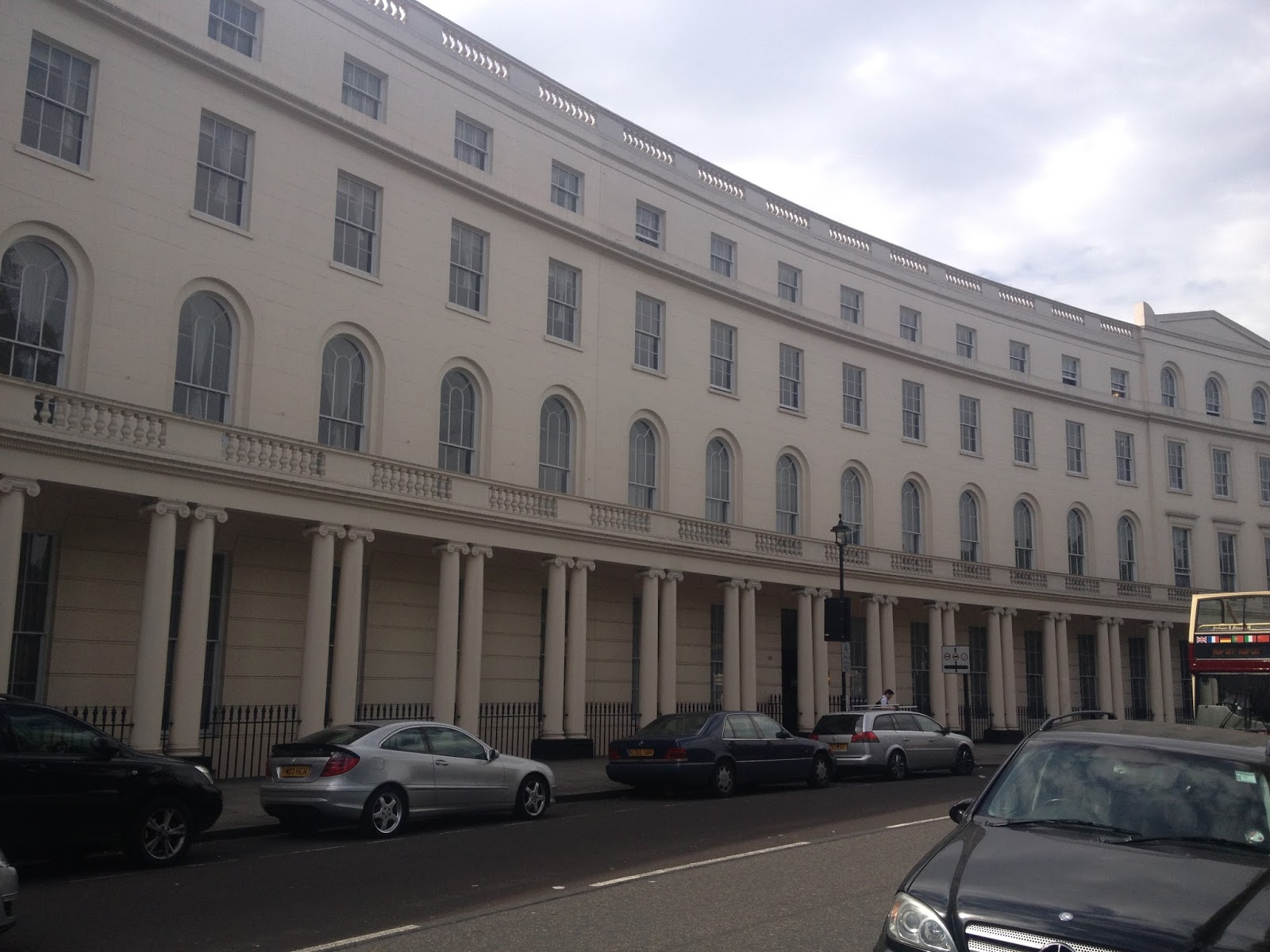 The Nash designed building was there, adjacent to Regent's Park, of course. The flat seemed to have gone to be replaced by a Court building. It was hard to tell.

I had great times there. My lodger was Sarah Wright (now Martin). It was only 6 months, but it was a lively 6 months.

I found the flat through Philip Wolfe - a friend who worked at Druce & Co. I paid the Landlord 6 months rent in advance and said, 'leave me alone.'

It was immaculate, very nicely furnished.
Posted by Unknown at 08:25 No comments: